I’d like to start with one of your most popular titles, Plundered Treasure, where you introduce Jill the sexy wife / lawyer and her husband who defers all decisions to her, including the decision not to call the police on her abductor in the first chapter, a criminal whom she is loathe to admit, “that mother f-ucker is smart.” There is an almost admiration for this man who forced her into a sexual act in front of her husband, an intriguing premise, no doubt. How did this book come to be?

Multiple girlfriends and (female friends) had admitted to the fantasy of not exactly consensual sex. Nobody wants to get punched in the mouth but many confessed the idea of a hot guy so desirous of them that he risks it all to take what he wants. There’s a thrill in making someone go crazy for you. I tried to touch upon the subject but without triggering Amazon’s strict censorship. I made Jill smart and strong to show her choices truly were her own.

Can you go a little deeper into how you developed the character of Jill, the insatiable lawyer? Is she truly living a double life, desiring both a loving husband and these men who would treat her pretty much as the criminal did?

Sure. Jill is a blend of many women I’ve known. I included in her dialog actual quotes I’ve heard women say. In my hot wife (or girlfriend) relationships, my partners and I discovered a duality: she got to enjoy the emotional support and intimacy of a loving relationship with me, but also the physical salaciousness of hot, purely physical sex with another, sex of a type she could not have with me because of our shared intimacy. Sex like that requires an element of anonymousness.

No, I would not say it defines the relationship. John wanted to see a side of Jill she would otherwise never reveal. Not like she consciously held it back, but more like that side would only appear under certain conditions. John wanted to create those conditions so he could witness that side. He succeeded. Humiliation is a two-edged sword. Most couples want only a taste, not full-on demeaning. A touch here and there provides a jolt of adrenaline but the constant presence would become problematic.

In another of your books in a similar hotwife genre, Against Her Will, reviews were not as favorable. While some enjoyed the forced fantasy, some felt it went too far. Assuming you knew the reaction you’d receive when you wrote the story, was there a line you knew you’d never cross? Were you thinking of always providing the husband a small sense of safety, and /or were you worried about alienating readers if you pushed the envelope too far?

I walk a balance beam with every story: Amazon censorship, reader reaction, reader satisfaction…. For those who felt the book went too far, I recommend setting the book down. Stop reading. As an artist, I want to cross every line, break every taboo. Amazon won’t let me do that. Against Her Will generates a LOT of traffic. Historically it may be my bestseller overall. I like that the book stirs up emotion. I wish I could have gone farther. I do often give the husband a small safe place but that’s more to appease my uncomfortable reader.

Was it as raw as you wanted?

Not at all. My imagination should probably seek therapy.

That’s hilarious ! On the flip side, in another of your hotwife books, Vanessa Comes Around, despite a little flirtatious exhibitionism, we find that Vanessa has zero interest in being shared with other men, but of course, things change. Do you think this is ultimately a realistic scenario where a vanilla wife could one day be converted into a true hotwife?

Every story operates in one of these ways:

Wife wants to and husband wants to

Wife doesn’t want to and neither does the husband

Those are the four possible launching positions. In the case of the wife does not want to but the husband does, which I’ve encountered in real-life more than once, the truth of the matter was the woman wanted to but fear stopped her. Remove the fear and the possibilities blossom. There was one girlfriend that genuinely had no interest so with her we left the idea alone.

That’s a great recap, and brings me to the next obvious question – do you like the challenge of writing the “slow burn, some of which you’ve just described?

I love it but, again, Amazon plays a part. An author’s sample is often what sells the book. To my established audience, a slow burn is huge fun. To a new reader and possible new customer, I need to hook them quickly. Slow burn hits so much harder and is so much more fun to write.

Tell us about your newest title, Nectar. It starts off with some heavy flirting on a nude beach for AJ and Alley, and rockets off from there. What was the inspiration for this book? I like the idea of a male stripper as the main character, rare in erotica. Care to reveal where that character idea came from?

(laughs out loud) Me! I spent 8 years in my thirties go-go dancing at a Las Vegas gay night club. Half the crowd was gay and half was people looking for something different than the typical plastic Vegas club scene. I went back to a lot of hotel rooms with a lot of married couples. I’d never written a story about a hung husband so I took that angle. There is so much in Nectar that is based on real experiences. It was HUGE fun.

Perhaps the most pressing question: in your bio, you state that your stories come from living a hotwife lifestyle and some sort of sharing in all your relationships. care to let your readers know which, if, any story most closely represents actual real-life events? (Let’s hope you don’t say Against Her Will!)

I can’t say one story has more real than another. I sprinkle memories throughout each. The kink has been with me since I started touching myself at a young age, since before I every even HAD a girlfriend. I was drawn to the hotwife/cuckold letters in Penthouse and fantasized what it would be like. I started sharing honestly from the beginning. You’d be shocked to learn how many women/girls are open to the idea. Hot sex with a handsome stranger of their choosing, with no judgements and a richly satisfying relationship waiting for them when the night is over? Yeah, they jump at that.

Dipping back to the first title of yours I ever read, Hard of Darkness, there is an incredible amount of description of the small villages, and the ceremonial taking of the brides-to-be by the village chief…. any real-life experience in this one?

I’ve never traveled to Africa but I have had two girlfriends that craved black guys, especially those with big penises. We bumped into one such individual at a Vegas sex club while AVN was in town and my girl had a wonderful time with the man. The other girlfriend met a handsome black guy while we were out clubbing one Saturday night and we brought him home with us.

What is the favorite book you’ve written?

She Plays. Scarlett came alive for me. I was immersed in every scene, every character.

Another point in your bio—90 published titles, is very impressive! Are you a full-time writer at this point, or maintain a day job?

That number is over 100 now. I do write full-time, splitting between fantasy and erotica

Who are you currently reading right now?

The Anatomy of Story, John Truby. I highly recommend it.

What’s next in your publishing pipeline?

I love you. Seriously. I’ve dreamed of being a writer since I was eleven years old and my readers have made the pursuit of that dream possible. Tell your friends. Spread the word. All my books may be found here and I so GREATLY appreciate all the support they’ve given me, and I thank you, Sidney, too.

Enjoyed this interview with erotica author Matthew Lee? Be sure to sign up for my Private Newsletter to receive more great interviews, blogs and of course the latest titles from Sidney Sitravon! 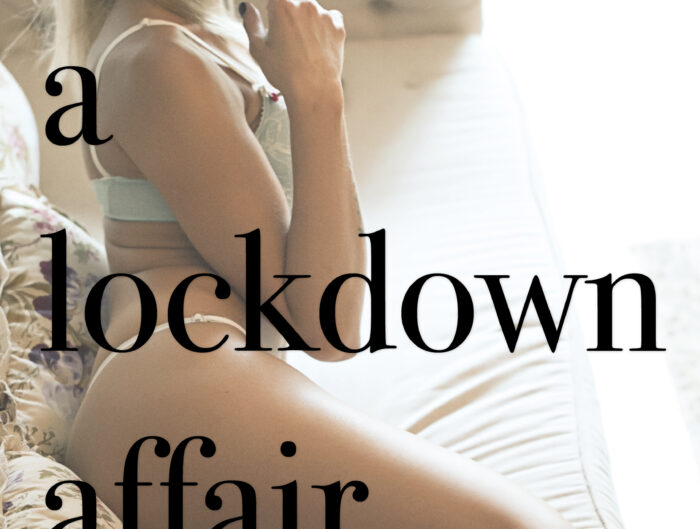 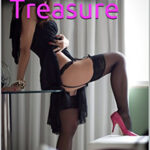