When doing research for The Anklet and Katelyn’s Stranger Series, I had to dig deep to uncover how it was that an anklet became the universal symbol for a hotwife, which, if you’re like our protagonist Katelyn and might not be all that familiar with the term, is a wife who is open to having an intimate relationship with another man other than her husband. As it turns out, the history of anklets has been part of hotwife history for quite some time… perhaps even dating back thousands of years ago.

(And no, a hotwife doesn’t simply mean an attractive wife, as Katelyn first believed!)

The History of Anklets

If you trust what you read online (and other than this website I’d say always do so with caution), there are claims that the anklet was worn as far back as ancient Egypt, when women wore anklets as a symbol of wealth. Others claim women during this time period wore them for a much different reason–as a symbol of enslavement, or possession. Again, if you believe what you read, there were periods of rebellion where women chose to wear an anklet to represent the exact opposite: they were hellbent on showing the man who was boss, and married women wore an anklet to indicate they were available. This in turn, became a symbol of a woman looking for an affair with another man.

There are other stories that indicate that anklet bracelets were reserved for only the wealthy, and wearing one indicates that a woman can be bought, for a price.

Of course, anklets are a well-known part of Indian culture, and are commonly worn at Indian weddings, where they represent fertility, femininity, and good health for the stomach and feet.

Yet, in Western culture and more modern times, wearing an ankle bracelet is a relatively new concept, and one that comes more from medieval times in Europe, where the anklet was again a symbol of slavery. It also comes with a bit of a stereotype… should you believe the folklore.

In the land of swinging and hotwives, an anklet is a common symbol indicating a married woman is looking for an adventure with another man other than her husband. Some claim the anklet is a symbol of a woman looking to be impregnated by another man, often considered a “bull” and often of African American descent.

Then there are some that claim a married woman who wears an anklet by itself really means nothing, and that it is only when a charm is added that the woman is truly indicating she is a hotwife, or looking to have an affair. What kind of charm? Well, check out that trusty internet, and you’ll find a whole range of charms from a tiny HW indicating “hotwife”, to the letters B-B-C spelled out, indicating that the wife is interested in big, black… well, you can guess that word.

Of course, for most who choose to indulge in the hotwife lifestyle, wearing an anklet is not commonly thought of as a “must”. If it’s done, it’s more often simply part of the fun.

And if you were curious, it does matter which foot the anklet it worn on–married women looking to announce their status as a hotwife most commonly wear it on the right foot.

You be the judge.

Do you have something to add about the history of anklets? Please feel free to comment below!

And don’t forget to check out The Anklet: A Wife with Stranger Tale. 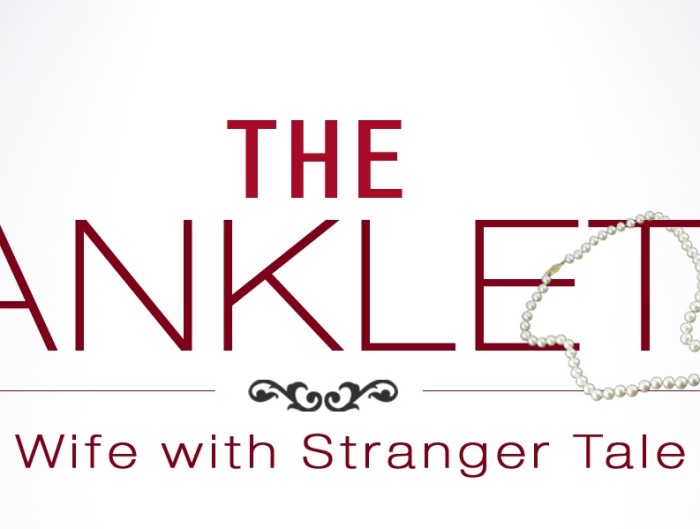 Interesting read. i love to read about these facts ! 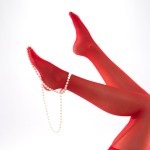